The congregation of Masumana has been recently dedicated by Apostle Sanpha Sesay.

Apostle Sesay read the text in Mark 10:45 – “For even the son of man did not come to be served, but to serve, and to give His life a ransom for many.”

This is fundamental for the faith of Christians; to hope on Him till His return.

Christ demonstrated his service to humanity as an example for others to imitate.

Our sacrifices in the lord are never in vain but a treasure in heaven as Jesus is the draft of our faith and prince of peace.

For the dedication, Apostle read Hebrews 3:4 – “For every house is built by someone, but He who built all things is God”. He furthered with 1 Corinthians 3:11-17 – “For no other foundation can anyone lay than that which is laid, which is Jesus Christ…” Now if anyone builds on this foundation with faith, hope and love, will be saved. Not only the building but our bodies are God’s temple - to be preserved holy.

District Elder Alex Koroma, while assisting said that: “Christ is the foundation, author and finisher of our faith; in Him we seek eternal refuge in the natural and supernatural through prayers”.

Apostle thanked the congregants for supporting the contractor, Mr.John Kalokoh to complete the church.

He instructed the rector, Priest Koroma David to take care of the church and direct members to Christ, to be a good example in the preparation of the Lord’s return.

The service was awesome with local songs in Thaimne, led by a blind woman Ya Marie Conteh. Everyone was moved by her faith in Christ and the beautiful songs she sang during the divine service.

Attendance was around 200.It was a joyful, blessed day of the Lord in Masumana congregation. 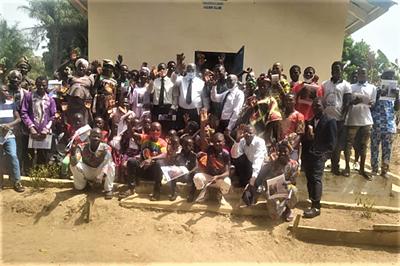 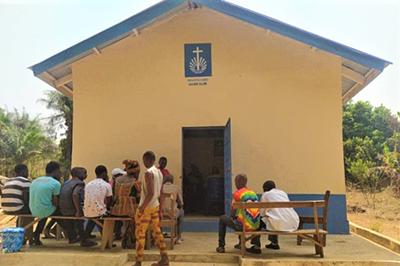 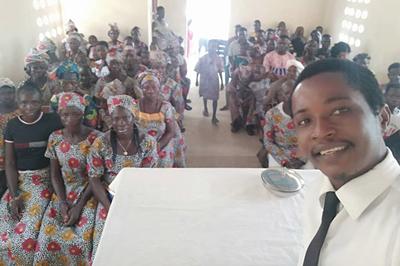 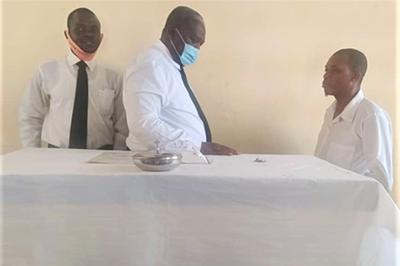