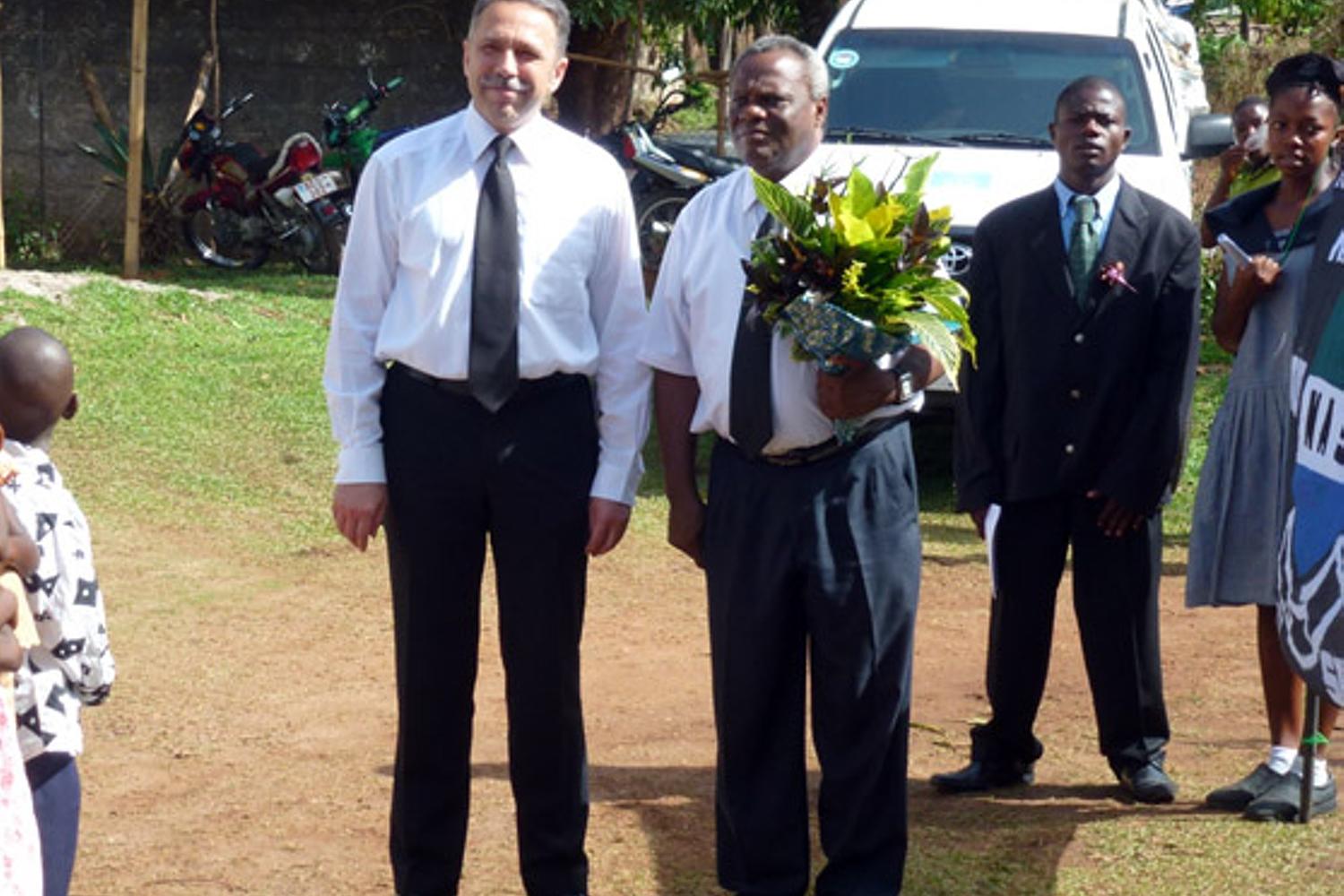 Retired Apostle Barda Komba Gborie was the first Apostle of Sierra Leone, ordained by CHAP Richard Fehr since 22nd May 1988. As one of the pioneers of the Church he helped to lay the foundation; in fact he was the first Office Manager of the Church and developed the Church until 1991 when the rebel war broke out. He cared not only for the souls in Sierra Leone but also visited Sierra Leonean & Liberian camps in Guinea for soul care. He has been a wonderful worker in soul caring and was interesting of his comic wise stories and was lastly in charge of Kono and Kenema districts caring for about 193 congregations in his working area.
For retired Apostle Robinson was a very hard working District Elder working with Apostle Gborie in Kenema. He was therefore commissioned as District Elder and Administrator for Liberia in March 1998 where he cared for the souls of that country until in 2001 when he was ordained as Apostle by CHAP Richard Fehr. Ap. Saidu has worked assiduously in that country caring for about 104 congregations and was commissioned also to care for Kailahun district in Sierra Leone with about 114 congregations. He was popularly known as an International Apostle who travelled widely in Liberia and Sierra Leone. He is remembered of his zeal in all his endeavors.
Apostle Thaimu Kargbo was one of the youngest District Rectors working under Apostle Sesay in Kambia district specifically Madina. He was not only a hard working seminar tutor but very humble in his dealings with brothers and sisters. An ordained District Evangelist since16.12.2005, he also received the ordination of a Bishop in February 2010 by CHAP Leber in Abidjan, la Cote d’Ivoire. He humbly worked hard with Apostle Sanpha Sesay in Northern Sierra Leone until he was ordained Apostle on the 25th May 2014 by CHAP Schneider and is responsible for Eastern Sierra Leone – Kailahun, Kenema & Kono-, where the Ebola virus is presently killing people.
Apostle Alexander Wreh has been a very hard worker support Rtd. Ap. Saidu in Liberia taking into consideration the soul care and administrative aspects. He was the District Evangelist of Buchanan in Liberia since 2004 until he was ordained Bishop on the 5th March 2006 by CHAP Leber. Being a very strong Bishop, he directed seminar works couple with the care for youth brothers and sisters of that country until he was also ordained on the 25th May 2014 in Freetown, Sierra Leone by CHAP Schneider to succeed Rtd. Ap. Saidu, as Apostle of Liberia.
Part of the program of Chief Apostle Schneider visit in Sierra Leone was to watch the Sunday school children’s drama on the parable of the Prodigal, which was set to come immediately after his meeting – CHAP – with District Apostles, Apostles and Bishops invited together with their wives. To the amusement of all, in the Seminar hall of Freetown Church office, the children brilliantly and excitingly presented the story of the prodigal son. This was lively, looking at the way and manner in which the narrator and casts presented them on stage which bring the real image of repentance and forgiveness.
In Freetown, like in other towns of Sierra Leone the New Hymns training of the New Hymnal has been effective since its production. New Hymn seminars and choir practices regularly go on and there is joy as usual in it. The three parts of International, African and Local are combined in such a way that everybody can sing from the hymnal, even the illiterates. Familiar African and International hymns make it also easier for learners. 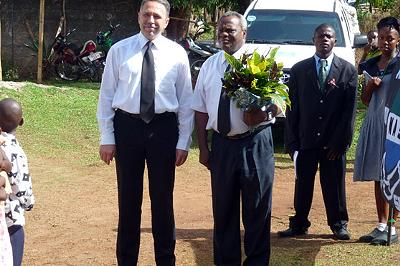 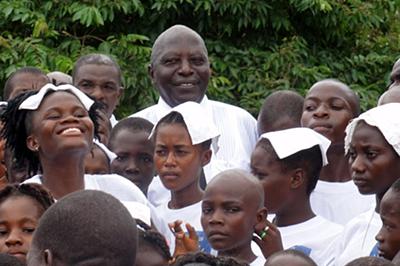 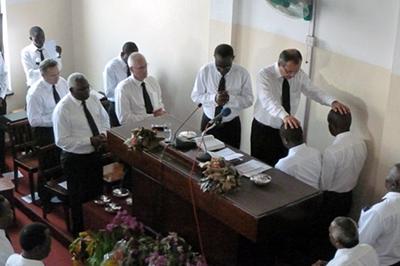 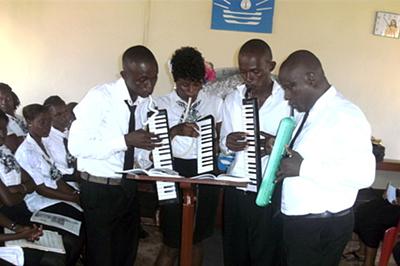