Helping the Hungry and Needy in Sierra Leone 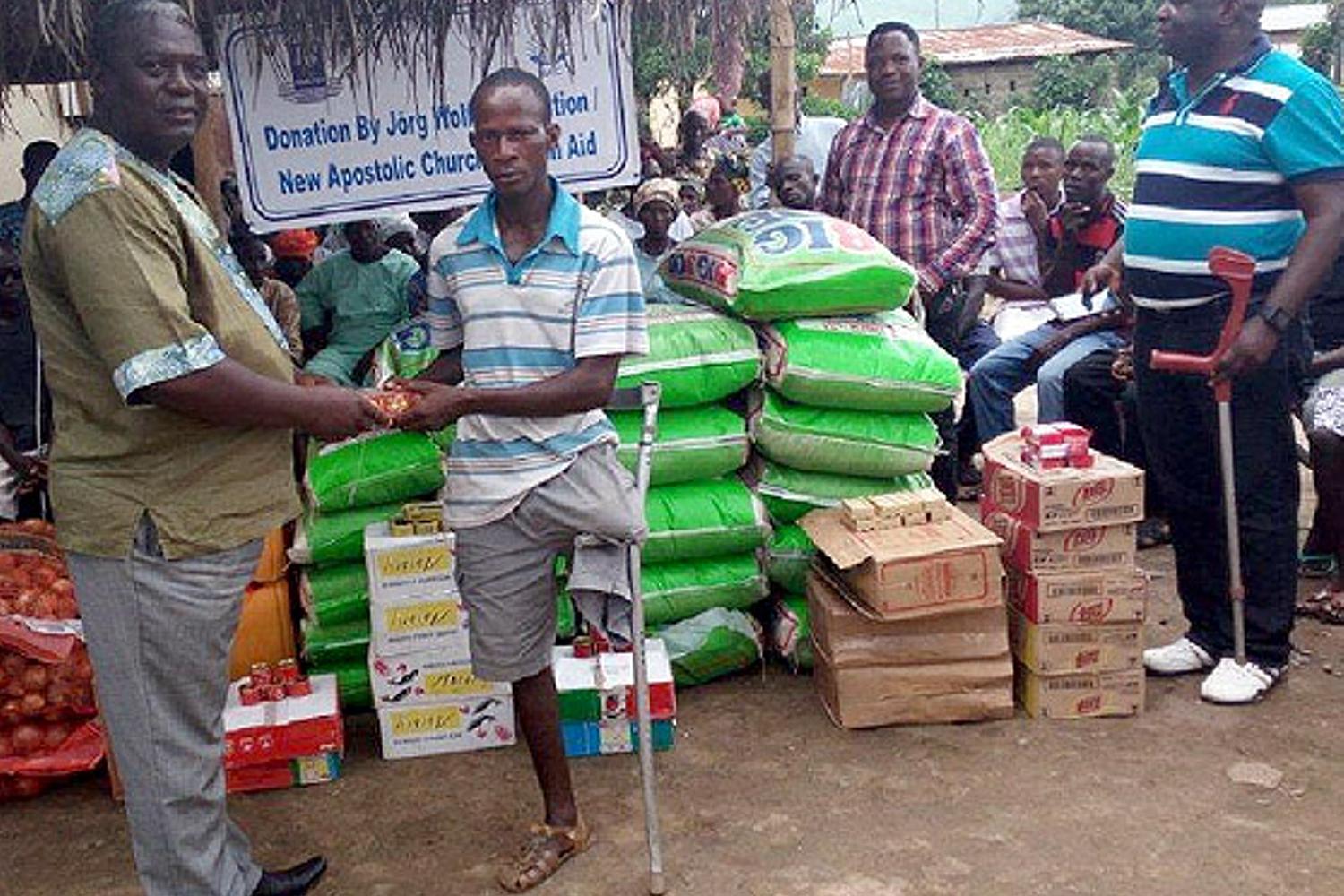 The beneficiaries range from orphans, street children, underprivileged children, amputees, widows, the blind, deaf and dumb, the aged, cripple to Ebola survivors and so on.
For 2016, Sierra Leone donation, food and non food items (rice – staple food, oil, magi, salt, onion, tomato, sardine, soap etc) in the tune of 60.000.000 (sixty million Leones) have been distributed to: Disabled people of Bumbuna, Bunumbu-Kpejeh, Kenema, Kailahun, Mattru Jong and Bo.
Apostle Sanpha Sesay of the Northern Province prayed for sufferers in Bumbuna and preached to them that all was not lost and that we all should - pray and hope - as opposed to - hope and pray – the usual saying.
Apostle Thaimu Kargbo of the East accompanied the team, to Kenema and Bunumbu, where in his presentation of the gifts expressed thanks to the donors and the team for endeavoring to reach the disabled in the far East of Sierra Leone especially Bunumbu for the first time. He prayed for God’s blessing.
Apostle Garber Albert of South/West Sierra Leone spoke to the children in Mattru Jong and Bo orphanages that all was not lost for children whist in the orphanages. That God in heaven will always make a way for them to grow and prosper like any other children and therefore caution them to always remember to do likewise like JW Foundation/NACMA, when they succeed.
The message of the Project Coordinator, Priest Abdulai Kenawah Sannoh on behalf of the Foundation and Church, was based on the manifestation of love and humanitarian feeling which the donors have in helping the Hungry and needy populace in the Sub-region of West Africa1. He said “Jesus Christ, himself our Lord did not only preach/teach people to be faithful for salvation but he cared for the people in love by providing them food and healing” Luke 9:11-17 – Jesus healed people in the town of Bethesda and fed five thousand, out of the miracle of five loaves of bread and two fish. He admonished them to share the food in love judiciously so that targeted people benefit with joy.
The beneficiaries were very joyful as one blind lady by the name of Francess Kandeh of Bumumbu Kpejeh, in expressing thanks and appreciation to the donors, praying for them also remarked that this was the only donation they have benefited since the end of the war in 2000.
The other beneficiaries thanked God in their song “Tel am tenky” (say thanks to God), welcome songs of distribution team, praising the name of the Lord and hopeful songs that they (the orphan children will prosper), in Jesus name. 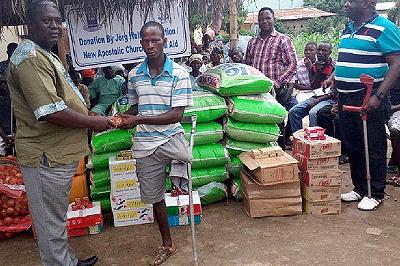 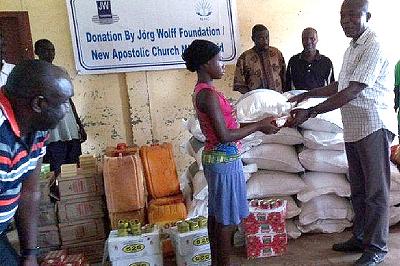 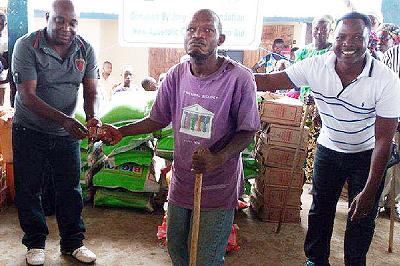 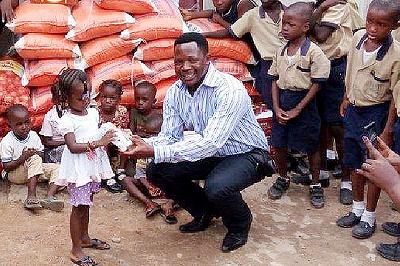 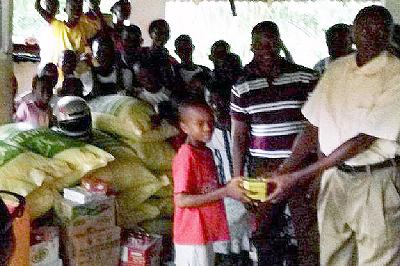