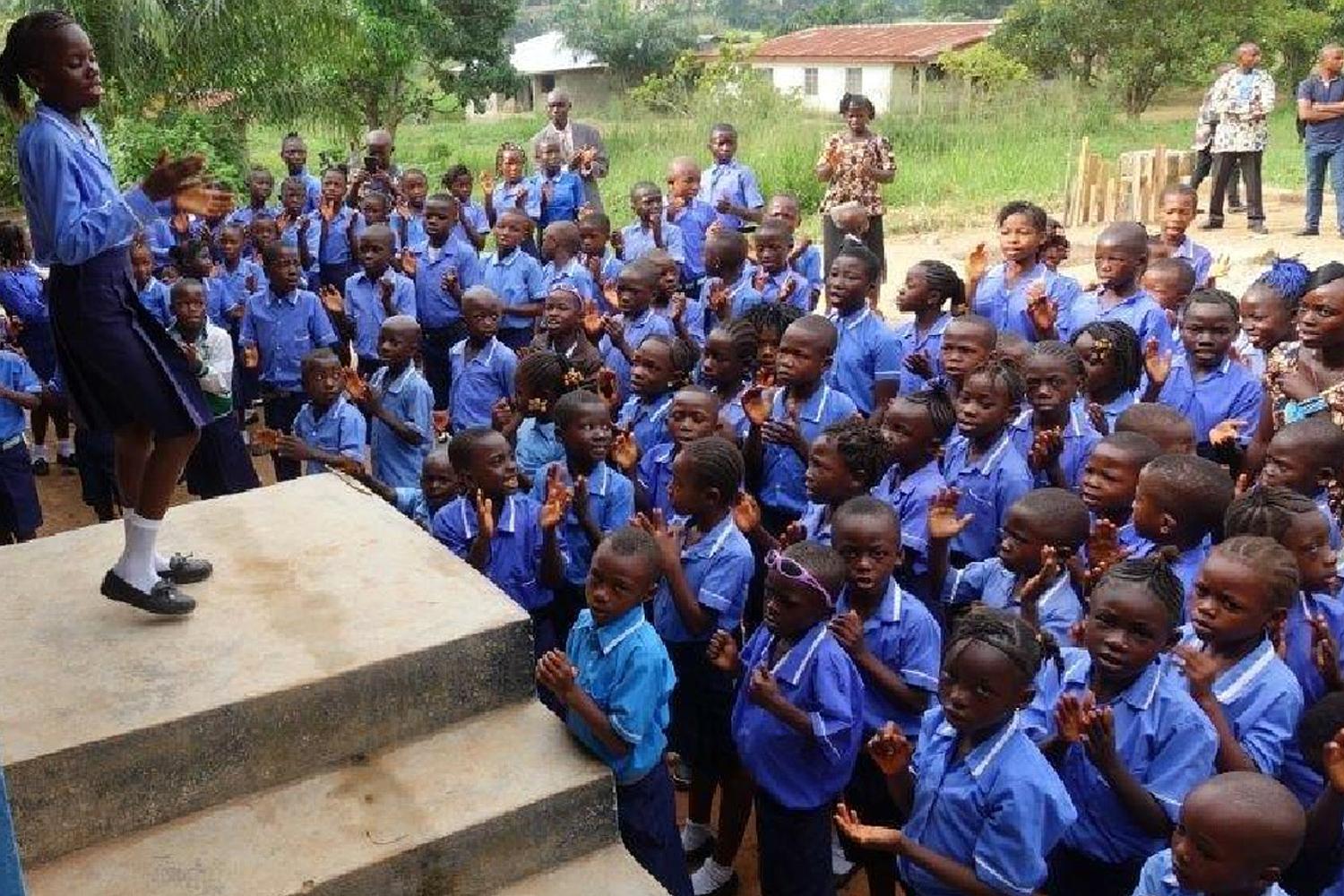 One of the schools constructed by Jorg Wolff Foundation in Sierra Leone was visited by District Elder Wolfgang Oehler.

On Friday, 23rd November 2018, New Apostolic Pre & Primary school, Koidu town was visited by District Elder Oehler at around 9 am. He came from Guinea with Apostle Marc Leno a day before, travelled through a rough road and remote crossing point into Kono district, East of Sierra Leone.

One of the pupils conducted the assembly of pupils, teachers, parents and the visitors. Religious songs were sung, ended in prayer and announcement.

Later, everybody entered the church hall where the school pupils displayed their talents. Parents, teachers and pupils expressed their gratitude to the sponsor and all who contributed to construct the school and water well.

Five best pupils of different classes received a scholarship for the 2018/2019 academic year.

The children also presented their water well, expressing that “water is life” and that they had no more problem to fetch water from far distances. They prayed for God to bless the JW Foundation for donating the school and water well to the school community. 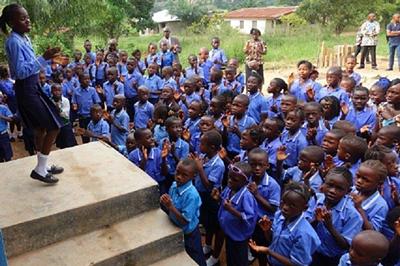 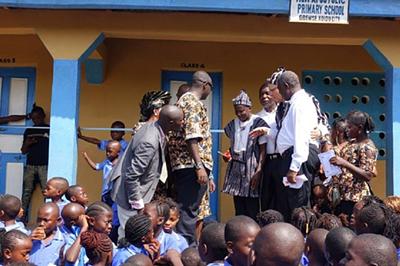 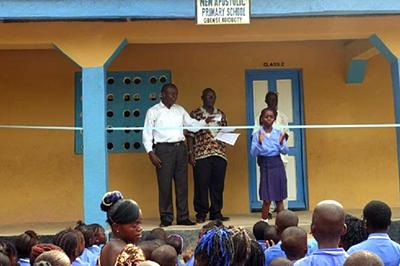 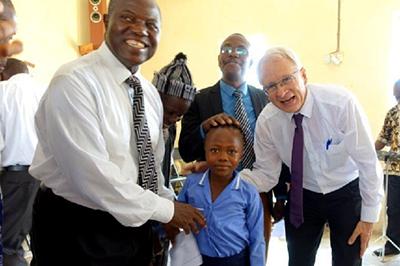 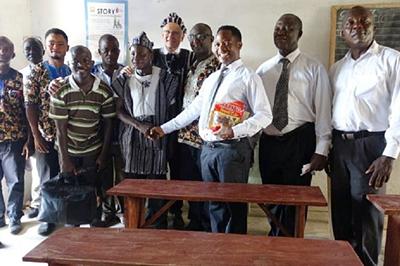 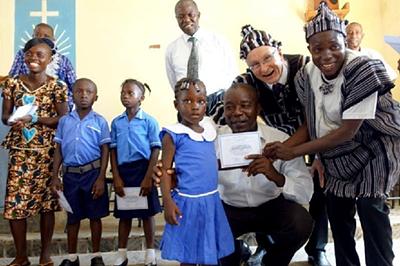 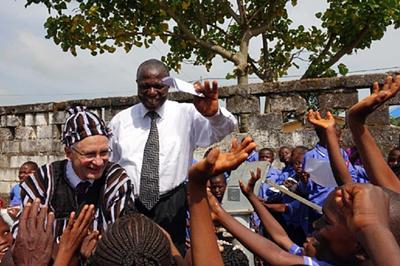 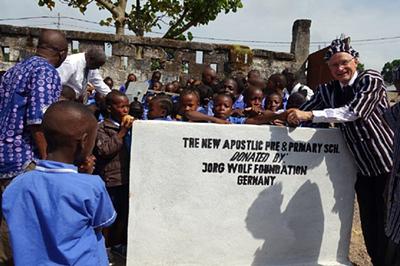 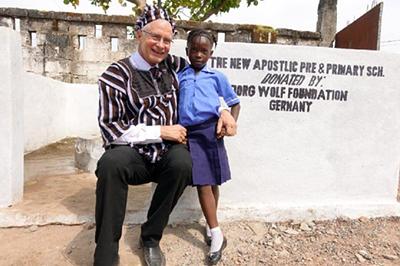