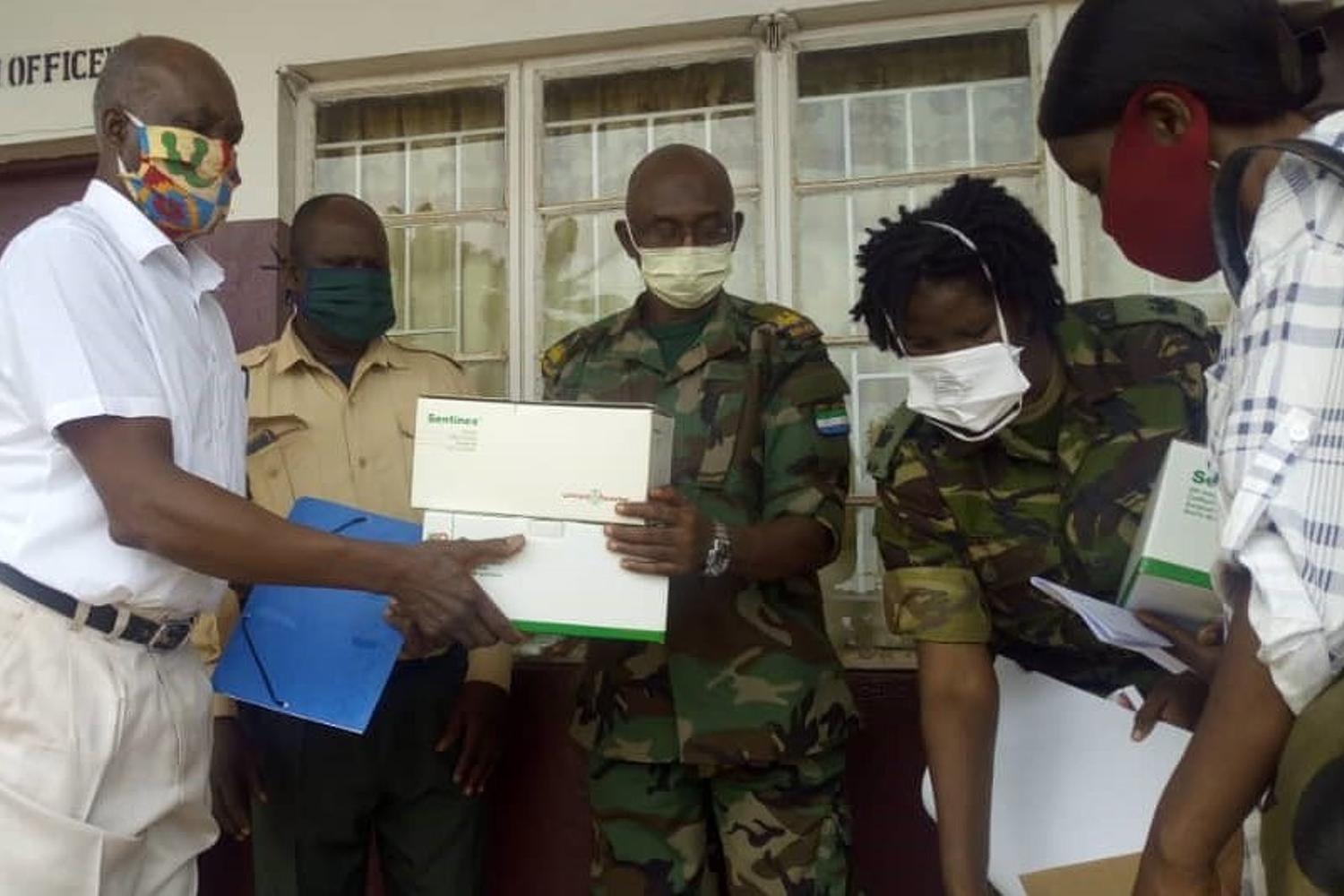 The 34 Military Hospital is located at Wilberforce barrack, Freetown. The Admin officers were joyful to receive 324 head covers and one packet tonic-cade. Shepherd Cole told them that the donation was specifically coming from one of the church Ministers in South Germany, Retired Evangelist Wilhelm Grozing via the New Apostolic Church, Sierra Leone.

Whilst receiving the items, Captain Ja Coker sincerely thanked the donors and church on behalf of the Joint Medical Unit for making such a surprise gift to the hospital. He mentioned that the head covers will be used to protect health workers whilst the tonic-cade would be used to stop bleeding and promised to use them judiciously.

Thanking the church delegation and Retired Evangelist Grozing, the Manager of the Physiotherapy department, Emile Amara extended their thanks and appreciation for the items and that they were timely and advantageous for the Centre.

The Centre would make false feet for amputees / people who are physically challenged and children with clubfoot etc.

Both the Thirty-four Military hospital and Nation Rehabilitation institutions highly applauded the donors for a job well done. 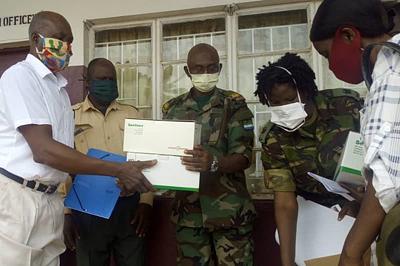 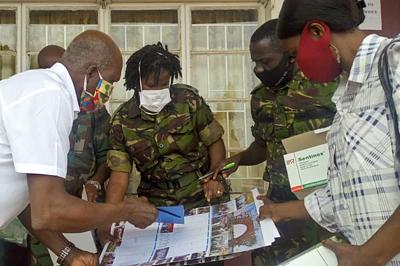 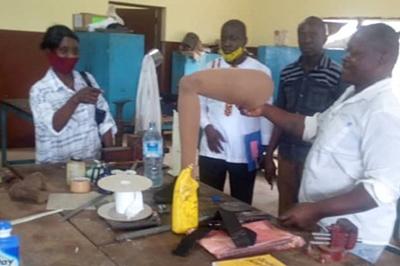 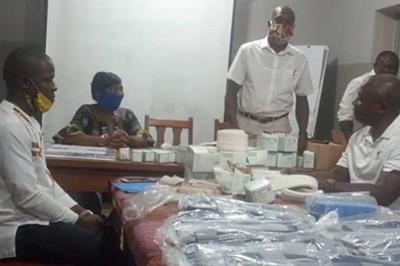 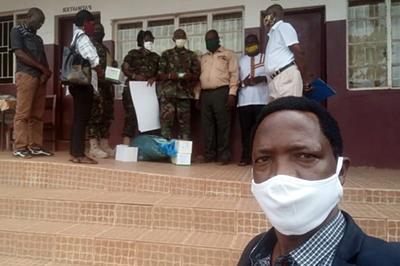